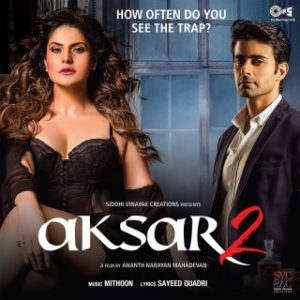 Khambatta despite her age and failing health wields power thanks to her multimillionaire status. But she has also become the target of opportunistic forces who she unknowingly fosters. Among the first to realise something afoot is her trusted investment banker Patrick Sharma who is responsible for recruiting the glamorous Sheena Roy as governess to the old lady. Sheena's passionate relationship with the young and strapping Ricky hold more blood secrets than anyone could imagine. The mysterious happenings in the Khambatta household also entrap two other close hands...Gaurav Sharma the lawyer and Bachchan Singh the reclusive butler. Before the characters can realise it they are drawn into playing each other to crack the riddle of their lives. Death lurks at every corner and only one will escape unscathed.

Aksar 2 fans the flames of suspense, intrigue and passion like never before.