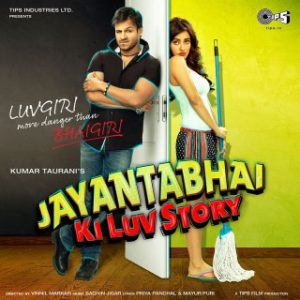 Synopsis : This is a simple story of two people from different worlds thrown together to find out what life and love have planned for them.

Simrin had everything going for her in Mumbai-  good job,  nice house, colleagues-cum-friends, the works, till the day her company had to close shop. Her father’s worst fears had come true. ‘Surviving in a heartless big city is tough’ her father had cautioned.

Thanks to her fast depleting finances, a helpless Simrin has had to now shift to one of the ‘less-blessed’ areas of the city, and to add to her woes, her immediate neighbor is Jayanta, an ex-convict, who knows nothing about chivalry and courteousness.

Jayanta has a bone to pick with his underworld boss Altaaf for whom he had taken the rap, in return for a beer-bar of his own after he completes his jail-term. But Altaaf has other plans, leaving Jayanta extremely disgruntled.

After a few bizarre run-ins with her neighbor, Simrin realizes that he’s not such a bad person  after all.

He bails her out of a few sticky situations, and soon the two find themselves in a position where a single error of judgment could lead to disastrous companionship.

Things go out of hand when Simrin asks Jayanta to accompany her to her hometown to pose as her fiancée, but things take a turn for the worse when Jayanta’s shady past raises its ugly head.